India: Where someones garbage is someone elses gold 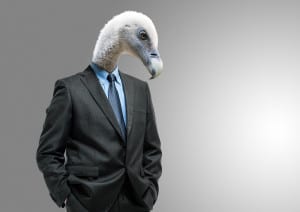 India could be seen as the darling of emerging economies if it wasn’t for that festering problem of corporate debt defaults. Sour loans in a dysfunctional banking system, the absence of proper bankruptcy laws, and a slow-down in investments is forcing India to take the bull by the horns.

When it comes to debt payment defaults, there have been a string of high profile stories, such as that of the Kingfisher empire of Vijay Mallya, whose airline company left a $1.3bn slate with it’s lenders. Banks in India, which are mostly state owned, have seen their profitability slump to a 17 year low, are now being told by the government to make provisions on all all bad loans within the next 18 months. Whether these loans have been restructured or not. In the last 5 years, stressed asset ratio has doubled, and their value has ballooned to $120bn.

Reserve Bank of India Governor Raghuram Rajan, who has continually warned bout hidden bad debt on Indian banks’ books, has given lenders until March 31 next year to clean up stressed assets that amounted to about $120 billion in February. Now Indian banks are scrambling to find a way to get those bad loans off their books.

An example is none other than Canada’s Brookfield who announced last week that they were setting up a $1bn fund in a JV with State Bank of India to buy up stressed assets, helping SBI clean-up it’s balance sheet. Others such as Canada Pension Plan, Apollo Global, and J.C. Flowers have also announced plans to invest in this sector. The Indian government is also creating the right environment for these funds to succeed by re-writing the bankruptcy code.

So: On one side distressed assets and banks that cannot cope with the magnitude of the issue, while staring down the barrel at a looming deadline; on the other side plenty of liquidity exiting hedge funds and PE firms eager to find assets on the cheap, and this could well be the stimulus India needs to reinstate their status of darling of the emerging economies.

With Brexit vote coming up next week and the polls too close to call the outcome, we reflect on the impact Brexit will have on the VC industry....See More

Berlin on the heels of London